How I Got My Agent + Tips For Getting A Literary Agent

I really wanted to do a post on ‘how I got my agent’ and tips for how to get a literary agent because, honestly, I think most querying authors want to be able to make that post or that video.

I watched a lot of these journeys while I was querying. although I caution anyone in the query trenches to not get too wrapped up in other people’s journeys. It’s very easy to play the comparison game – I certainly did – and it doesn’t do any good for your mental health. So, if you’re reading this and you’re looking for tips on how to get a literary agent, please don’t compare your journey to mine. We’ve written different books, we’re querying different people, and at the end of the day getting an agent is very much about ‘being in the right time at the right place’. Even if y0u query an agent who absolutely loves your book, if they’ve recently taken on a book that’s very similar to yours they’re not going to sign you. It’s 100% YOUR journey and when you get signed, that’s your time!

How long did it take to sign with an agent?

I was quite lucky. I wasn’t actually querying for that long, which is a very good thing because my mental health was not in a good place while I was querying!

I sent out my first batch of queries on the 26th March 2021, and I signed with my agent on the 10th May 2021, so I was querying for less than 2 months. I think this is quite rare. I think generally people tend to be querying for at least a few months. My ability to get an agent so quickly was largely down to luck (remember how I said about ‘right time, right place?’) but there were a few things I did to boost my chances, which I’m going to talk about in this post. I hope you find these tips for getting a literary agent helpful!

Choosing which agents to query

I spoke about this in more detail in my ‘How I Track Agent Queries’ post, but I started figuring out which agents I wanted to query quite early on. I was still editing my book, but wanted to get a list together nice and early so that I was prepared.

When I was creating my list, I wasn’t just focusing on agents who were open to queries. I knew it would be a while until I was actually ready to query, and there was every chance that an agent who was closed at the time of making the list would reopen further down the line. In fact, that’s exactly what happened with my agent! She was closed to submissions when I first added her to my list and, coincidentally, opened to submissions about a week before I was ready to query. See? There’s that ‘right place, right time’ thing again!

One of the best resources I used for finding agents was Query Tracker. There are free plans and paid plans, but I only ever used the free plan. I believe the paid plan allows you to set more specfic filters, but I just chose my genre (psychological thrillers / suspense) and looked at the flags in the right hand collumn to pick out the UK agents. Once I had a broad list, I started picking out the agents who were specifically looking for my type of book, which allowed me to personalise my query.

When researching how to get a literary agent, I came across Alexa Donne’s querying method, which you can watch below because she explains it much better than I do. In a nutshell, you don’t want to blow your query on your top ‘dream’ agents all in one go. First, you want to test the waters by querying ‘fast responders’. On Query Tracker, there’s a really handy function where you can see an agent’s average response time. Not the time they state on their website, actual real life examples of how long they’ve taken to get back to authors. I picked six agents who are fast responders (meaning they respond anywhere from a few hours to a week on average) and after the week was up I had a pretty good idea of how strong my query was based on how many full manuscript requests I received. Once I knew it was a good query, I was able to move onto my ‘dream agents’.

Top Tip: Look for agents who are relatively new, since they will be hungry for clients, but who work at established agencies so that they still have the connections and know-how to sell your book effectively!

I highly recommend workshopping your query and getting feedback from people who know what they’re talking about. Twitter is an amazing place for authors. A lot of the time published authors or agents will offer to critique queries, so definitely follow your favourites and keep an eye out. I also was lucky enough to land myself a mentor, who not only worked on my query with me, but on the whole book. Again, Twitter is a great place to find mentorship opportunities. I talk about mentoring in this interview I did with the In Suspense Podcast.

Want me to critique your query? Fill in this form and I’ll get back to you as soon as possible!

When the rejections come in…

I’ve said ‘when’ the rejections come in, not ‘if’, because it’s inevitable that you will face at least some rejection over your querying journey. I thought I was prepared for rejection, and I took the form rejections to my initial query pretty well, but when I started getting rejections on my full manuscript my mental health really took a dive. At one point I actually said to my mentor I wanted to scrap the whole book and start again, since obviously my first three chapters were good but not the rest of the book. I still have a lot of work to do in this area, but here are a few tips for dealing with the rejection… 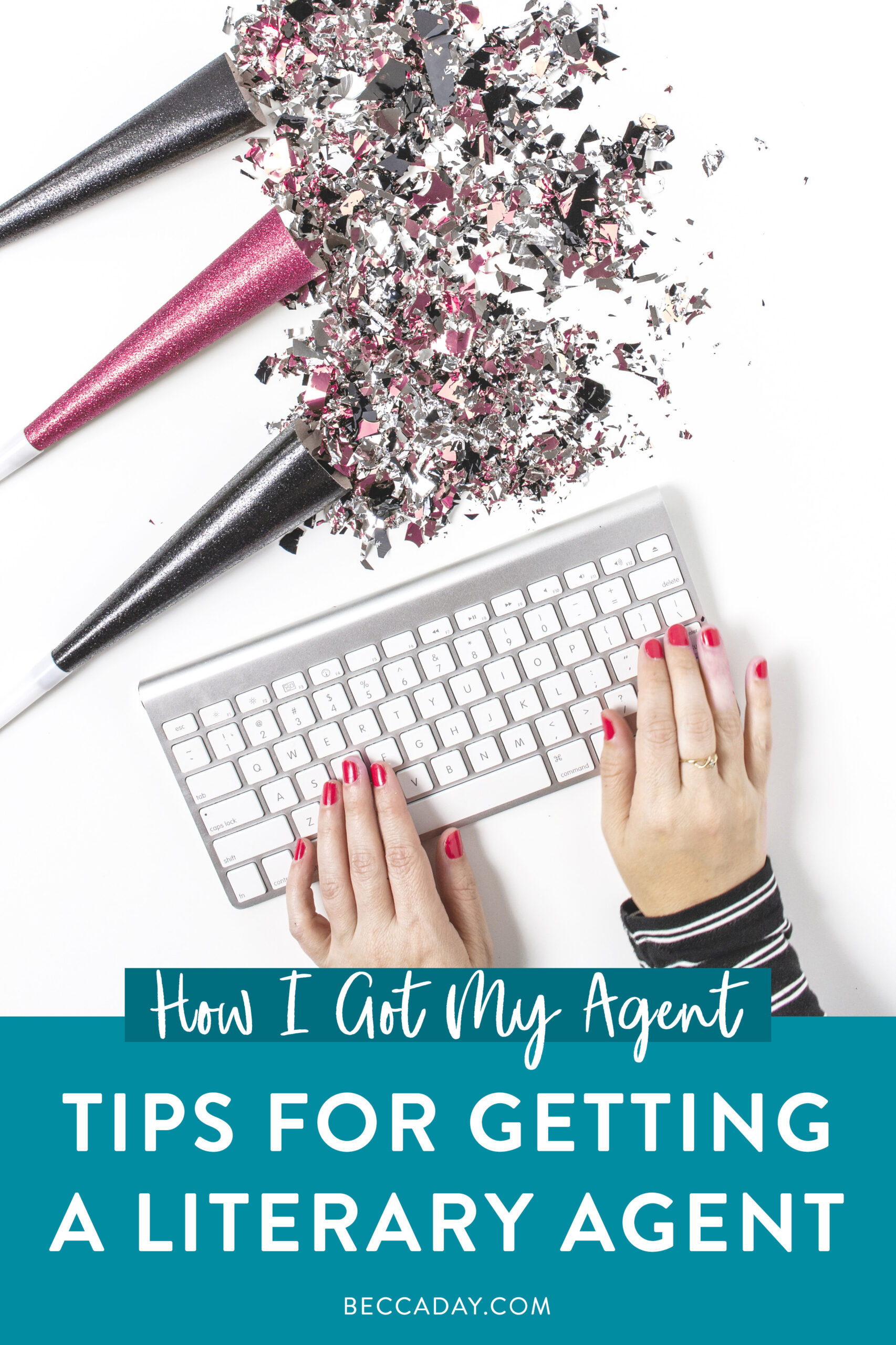 How to get a literary agent: Top Tips

I was very lucky in that it was quite a quick, painless journey for me. That’s not always going to be the case, and if it takes you a while it doesn’t mean your book isn’t good! It just means you maybe haven’t queried the right agent yet, or maybe you need to workshop your query and opening pages a little more. If I could give you any advice it would be…

So, those are all of my top tips for how to get a literary agent. Don’t forget you can send me your query to critique right here. Good luck, and if you do manage to get yourself an agent I’d love to know! 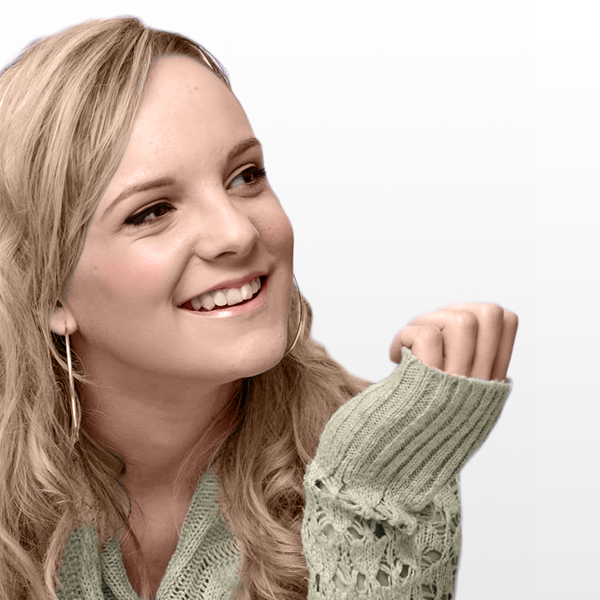 I’m Becca, an author living in the middle of the woods in Surrey. I’m currently working on my debut novel, THE GIRL BEYOND THE GATE, which I hope to begin querying within the next few months. I’ll be sharing all of my news and rambling thoughts here about my book and journey to publication.

END_OF_DOCUMENT_TOKEN_TO_BE_REPLACED 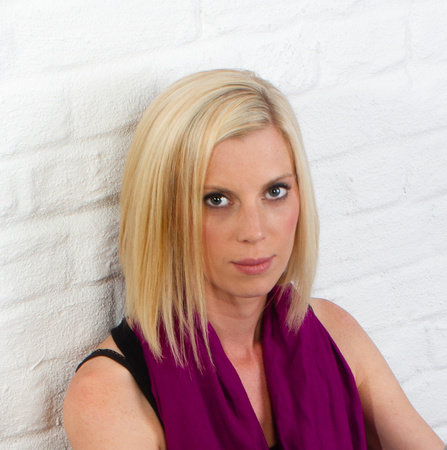 Psychological thriller author Lauren North joins me for a conversation all about the themes of motherhood in psychological suspense and thriller novels.

END_OF_DOCUMENT_TOKEN_TO_BE_REPLACED 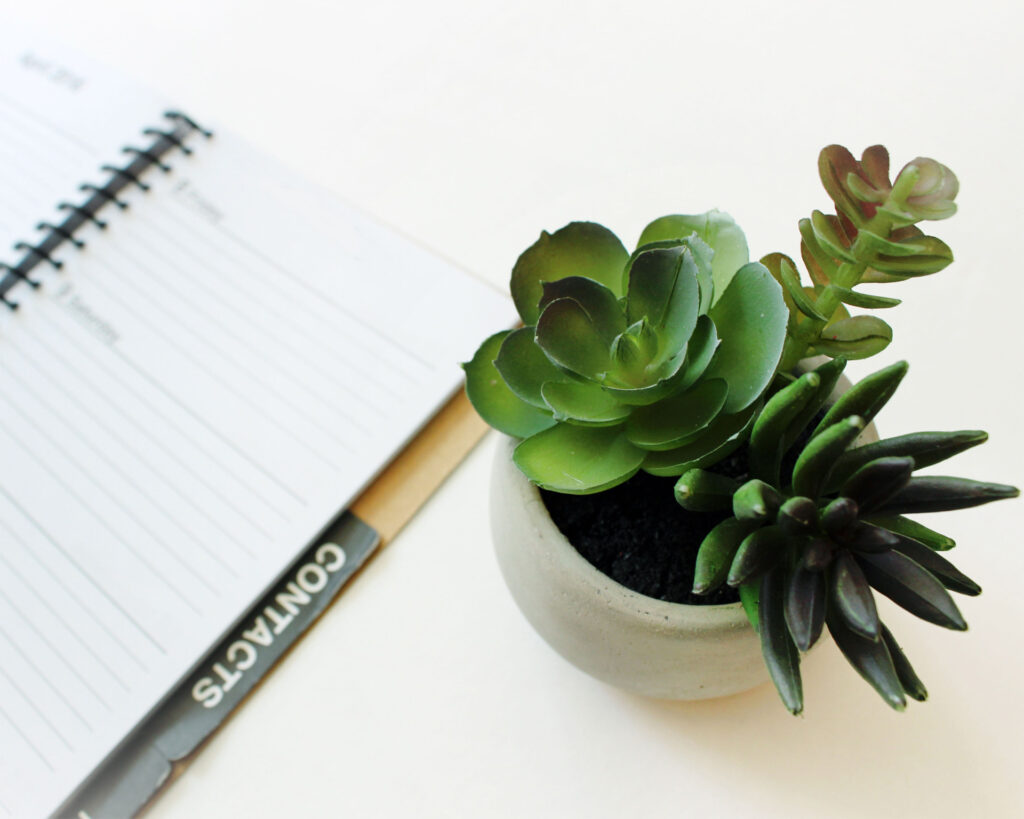 I'm officially in the (slightly terrifying) query trenches and, being the Type A personality I am, you better believe I decided to get crazy organised for this process! Today I thought I'd share a little bit about how I'm approaching querying, and how I'm tracking...

END_OF_DOCUMENT_TOKEN_TO_BE_REPLACED

Hi, I’m Becca, an author and graphic designer living in the middle of the woods in Surrey. I also run Reading Parties with fellow author William Shaw. My debut novel THE GIRL BEYOND THE GATE was published in March 2022 by Embla Books, and my second novel ALL HER LITTLE LIES is coming out on 26th October 2022. I'll be sharing all of my news here about my books.

My Short Story 'In Time' Came Runner Up!

THE GIRL BEYOND THE GATE 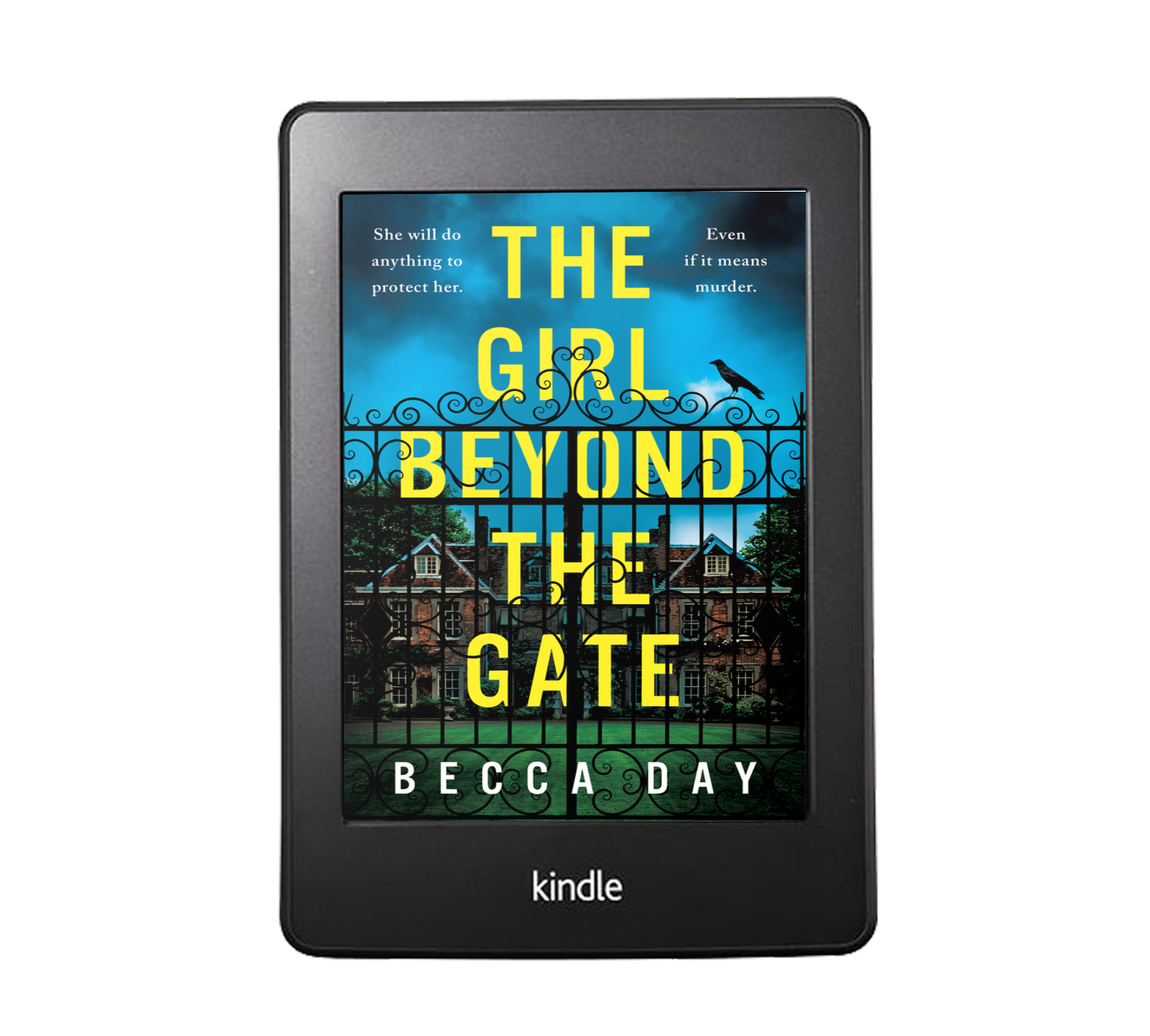